Everyone knows the story of Madonna. After becoming an international star with her song ‘Like a Virgin’, the singer went on to dominate the charts with tracks like ‘Like a Prayer’ and even causing controversy after having her music video for ‘Justify My Love’ banned from television. Later came her cone bras, her notorious dancing and lots of other controversial stage performances. Madonna is sticking to her controversial and raunchy style and is still considered one of the queens of rock and pop, and a documentary from 1991 entitled ‘Truth or Dare’ covered the life and antics of the singer. 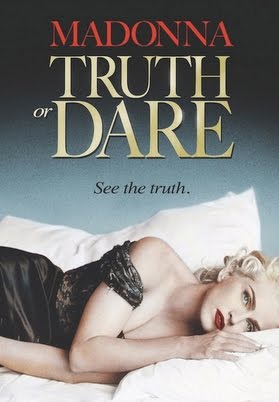 The maker of Turth or Dare, Alek Keshishian, recently discussed the classic film which was a hit with the critics and became the largest-grossing documentary to have ever been released – at the time, at least. Keshishian offered backstage views of Madonna’s stage performances, showing how the singer prepared her performances for ‘Live to Tell’, ‘Holiday’ and ‘Express Yourself’.

After 25 years, PaperMag has taken a look back at the documentary and the life of Madonna. Keshishian sat down with the online magazine to discuss how the film became so popular and why he thinks that people were so keen to see into the background of Madonna’s life.

To celebrate the 25th anniversary of the film, the Metrograph theater in New York will be running the movie for seven consecutive nights beginning on the 26th August, so if you’re looking to re-live the classic movie, be sure to head on over!

If you want to see the full interview, you can find it over at PaperMag, and over here at Raw Volume we’ll keep on blogging about the latest news in music and audio technology. And we’re celebrating this anniversary with one of our favorite Madonna tracks.