The 2016 MTV Video Music Awards just happened, and like last year, there were plenty of ups and downs. This year’s awards probably don’t really match the weirdness of last year, but we all got our fix of Beyonce, Drake, Rihanna and Kanye.

Today at RawVolume, we’re taking a look at the 7 best and worst moments of the 2016 VMA.

The biggest and best moment of the night was arguably Beyonce’s huge performance. Lemonade shocked the world for its great sound and seriously feisty video, but Beyonce brought the whole album to life in a performance like you’ve never seen before. Amazingly, Beyonce was actually a last minute addition to the schedule – and we have no idea how she pulled off all that choreography in such a short period of time.

Beyonce opened up her performance with ‘Pray You Catch Me’ – the opening track to her latest album – and then performed other hits like ‘Sorry’, ‘Hold Up’ and ‘Formation’.

Kanye West was of course there – we’ve known for a while that he was going to appear at the VMAs. Last year we had that Kanye 2020 moment – yeah, he seriously said he wants to run for president – so this year was bound to be a step down. He discussed his ongoing dispute with Taylor Swift, but also used his platform to talk about racism, and even premiered the new video for his track ‘Fade’, which starts Iman Shumpert and Teyena Taylor.

Rihanna is still only 28 years old, but that didn’t stop her winning the Lifetime Achievement Video Vanguard Award. Wow!

Rihanna also performed songs from throughout her back catalogue, starting off with ‘Please Don’t Stop the Music’ and ‘We Found Love’, and then ending her performance with ‘Work’.

While presenting the award for Best Male Video, Alicia Keys gave a moving and memorable speech. Keys recited a poem that reflected the fact the awards were held of the 53rd anniversary of Martin Luther King’s famous ‘I Have a Dream’ speech. Beginning in a poem and ending in a Keys song, she really knocked her appearance out of the park. We thought it was great.

Britney Spears is back, but her performance wasn’t wildly popular. Britney’s return to the VMAs had boring visual design, performing her brand new single ‘Make Me’. Sure, she looked great, but the rapper she performed with (G-Eazy) didn’t exactly wow the crowd, and Spears even had to sing the hook on his song ‘Me Myself and I’. They didn’t have much of a spark between them, and the crowd didn’t seem to be all that bothered.

Jay Pharoah is well-known for his impressions, but his performance at the VMA Awards didn’t go down so well. He impersonated Jay Z in the line for the bathroom and Kevin Hart working at a concession booth, but neither of the jokes had a real punch line. People didn’t seem too impressed and we weren’t that amazed either. Sorry Jay! 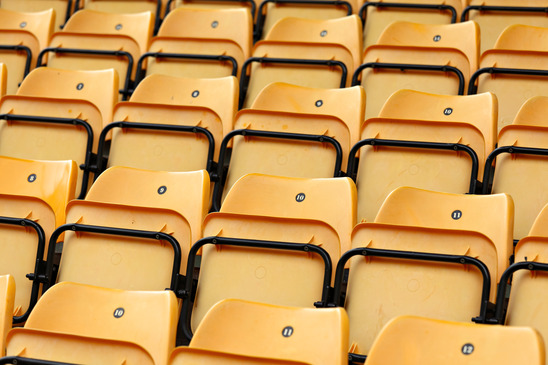 Did anyone else notice all the no-shows at the VMAs? Puff Daddy told us that Drake was stuck in traffic after he didn’t appear on stage to accept his award, and then Calvin Harris – who won Best Male Video, completely skipped the awards show for a gig he was playing back in the UK. What’s that all about?

After 25 Years, Madonna's Truth or Dare Comes Back to New York Theater for 7 Nights