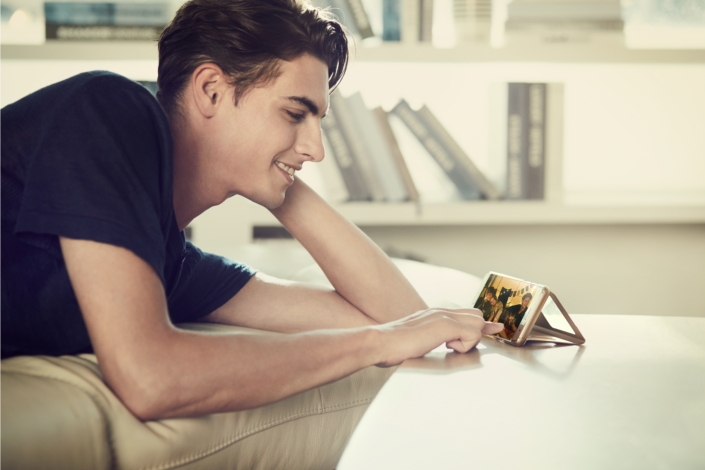 Samsung has just announced the new Galaxy Note, a device designed to provide extra functionality for business users, artists and others. It features a large 5.7” screen and a special stylus which allows you to draw on the screen, and manipulate apps in multi-tasking mode.

The new device features a USB C connection, which is the rest of the world’s alternative to Apple’s Lightning cable. There’s an Octa-core CPU meaning it’s super-fast, and the huge 3,500 mAh battery means you’ll get hours of music and video play time.

So why should audiophiles care?

The thing about the Samsung Galaxy Note 7 that makes it so appealing to audiophiles is the microSD expansion and the 64GB internal storage. The internal storage is way more than enough to hold all your photos and videos, as well as thousands of songs. The expandable storage also means you can import as many high quality audio files as you like, meaning you can skip Apple Music and Spotify which typically have much lower quality tracks.

Finally, phones like this could stop us from turning to old iPods and MP3 players for higher quality audio files. There are also plenty of great music playing apps available on Android through the Play Store, so there should be no issue with usability either.

But what about the speakers?

Well, so far we know that there’s a stereo speaker in there, but there isn’t much more information available. Full reviews will be more commonplace when the device hits the market and the hands of millions of users, but based on the surprisingly good quality of previous Note devices, we could expect something pretty nice. The popular Galaxy Note 4 had a single speaker that still managed some good sound.

Overall, this is a really nice device. The stylus is a little nostalgic but the extra features make it a neat addition to the phone – and, with such a huge battery, you shouldn’t worry about it dying half way through the day!

Freddie We Miss You! 30 Years Ago, Freddie Mercury Performed with Queen for the Last Time