After disappearing off the face of the earth for a while – and starring in American Horror Story – Lady Gaga is back on the music scene and more dedicated than ever.

Whenever Gaga has dipped her toes back into the musical scene over the last few years, it’s not really been her usual pop style. In 2014 she collaborated with Tony Bennett for Cheek to Cheek, an old school jazz album which her voice suits perfectly. That’s what makes Perfect Illusion such a bold move. Many of us were expecting her to move on, but the new three-minute pop track brings back classic Gaga style with a 2016 bang.

Vox described the new track as ‘bridging the space between driving disco and Springsteen-esque anthem’ – and they’re pretty much right. This is the kind of song you could listen to driving down the highway, but it’s something that seems equally suitable for a party or club. Her powerful voice makes her suitable for this kind of music, and we’re glad she’s back with it.

Hear her singing along to the track live at the BBC Radio studios below. She’s still got it!

Gaga was definitely aiming for a solid comeback, too – she hired Mark Ronson and Kevin Parker (of Tame Impala fame) to produce the track. We can assume that the upcoming album is going to sound much the same, but it’s also quite possible that Gaga has produced a track that’s ideal for radio play, and which is going to draw us back into her classic music only to catch us off guard with something new and amazing in the rest of the album.

The new track has just been released on Spotify, but you can hear it on YouTube too. If you’re looking for the music video though, that’s going to be a few weeks away. We can expect something weird, though. When has Gaga ever produced a tame music video? 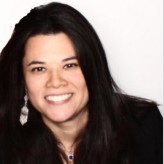